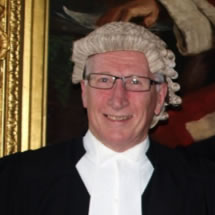 Bob Reed was called to the Bar in 1999, having earlier worked as a solicitor and industrial advocate.

Bob’s principal areas of practice are industrial and employment law, discrimination law and administrative law. He regularly appears in a wide variety of courts and tribunals in the Federal and State jurisdictions in trials, hearings and appeals.

Bob has also done some work in the area of criminal law, where he holds a particular interest in the maintenance of civil liberties and the ambit of police powers.

Bob has in the past travelled on many occasions to Bangladesh as part of a group of Australian judges and lawyers sponsored by the Australian Bar Association to conduct, on an unpaid basis, advocacy workshops for young lawyers in that country.

He has also delivered guest lectures on judicial review to students of the Legal Practice Course at the Queensland University of Technology.